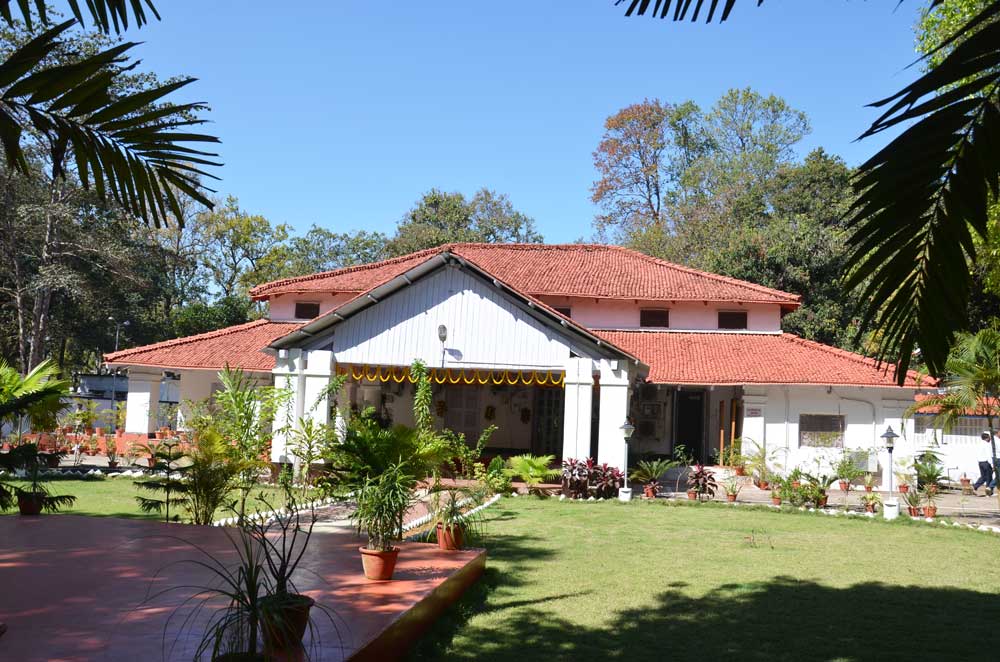 As a result of the meeting of Gandhiji in Ranchi, a committee was formed, which ultimately recommended to eliminate the oppressive distressed system which forced the Champaran farmers to cultivate a specific part of their land and to the British gardeners and traders, Forced to sell produce. The panel's recommendation was accepted in the Champaran Agricultural Act 1918.

This program reminded the people about the importance of why the Mahatma - who returned to India from South Africa in 1915, two years ago - came to this small hill city.

Sir Edward Albert Gat, the then lieutenant-governor of the United States of Bihar-Orissa (now Odisha) met Mahatma Gandhi on June 4, 1917 in Audrey House, in the northern district of Champaran to negotiate a solution to agricultural unrest.

Ranchi is the capital of Jharkhand. It is located on the southern part of Chhotanagpur plateau. Due to its hill topography in combination with greenery and natural water, Ranchi attracted officers of the British Raj and Indian bourgeoisie, who liked it as a holiday destination. From time to time, many institutional and recreational buildings were built by the then government and its officials. One such building is Audrey House. History and Background Audrey House is a building of vast heritage importance. It is located in Ranchi, Jharkhand. It is currently a part of the Raj Bhawan (Governor's Residence) of Jharkhand. This is one of the oldest buildings in Ranchi. The building is more than 150 years old, has seen some significant historical events occurring in its 150 years of existence.

The structure was built by Captain John Huntington, a British officer, as an indoor entertainment center during 1855-56. It is a beautiful piece of structure made out of wood and tile. Audrey House served as the secretariat when Ranchi was the summer capital of Bihar. Before the present Governor's House was built, he also worked as the Governors Secretariat.

Audrey House is one of the few surviving heritage buildings in Ranchi. At present there is a small section where the State Law Commission has the office. It has a strong historical and associated value. The building also has a high architecture value, because it is one of its kind in this area.

In the past, in the past, when Ranchi was the summer capital of undivided Bihar, it served as state secretariat. The Raj Bhavan came into existence a lot later. Over the years, Audrey House continued to remain vacant except for a small portion of the Law Commission and some other government departments. After this, it was reconstructed and rebuilt by the Jharkhand government and India's President Pranab Mukherjee was inaugurated as a center of art and culture.

Now, the state government headed by Chief Minister Raghubar Das is expected to accept the advice of Governor Draupadi Murmu and it will be named as Mahatma Gandhi Art and Culture Center.

The country's father landed in Ranchi a century ago. After World War I, Mahatma Gandhi visited this city on 4th July, 1917 for organizing people for mass movement against British rule for the first time. In Ranchi, he was welcomed and welcomed by many people. After this, a section of Urav tribals became vegetarian and took part in the freedom movement under the leadership of Mahatma Gandhi. They were known as Tana Bhagat.

These taana Bhagatans took part in the freedom movement under the leadership of the Congress Party and continued to wear white khadi dress, ate vegetarian diet and considered Mahatma Gandhi as his 'God'.

Hundreds of years later, when Jharkhand Governor Draupadi Murmu and Chief Minister Raghubar Das organized a program in the audrey house in Ranchi, under the leadership of the BJP government, celebrating Gandhi's first visit to Ranchi, Tana Bhagat was specially invited.