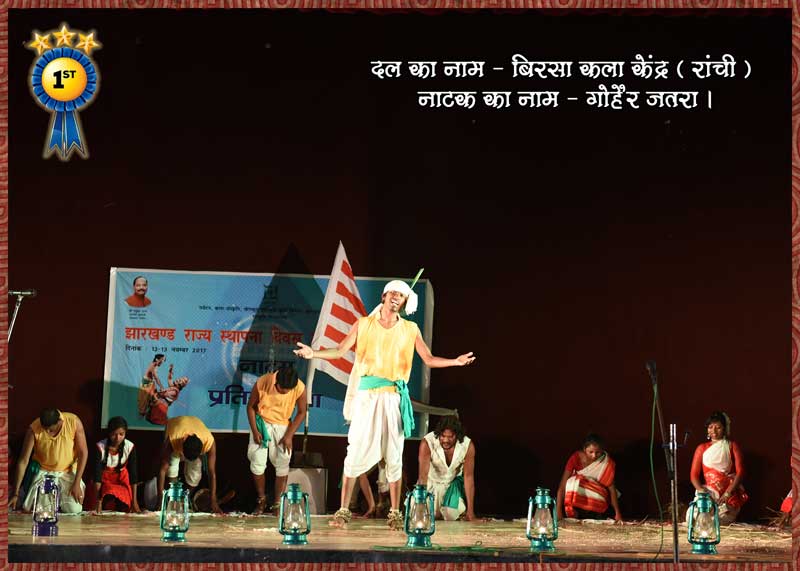 The day of October 18, 1946, in the history of drama and theater was a historic day for Ranchi. Leave the full-time play India Written by Radhakrishna was staged on this day. Radhakrishna himself has mentioned this in the role of quitting India - this play was played on October 18, 1946.

The emergence of an institution named Natya Niketan probably also happened in the Upper Market in 1962, but it could not be done after the presentation of the silver play. Vidyabhushan made a play club - Arts Center It also presented the play of Vinod Rastogi after Independence and some other plays on stage. The Kalipada government mainly used to display the roles.

In 1969, a new consciousness and enthusiasm was created in the field of drama and theater in Ranchi with the success of the drama job search (director-Baldev Narayan Thakur) written by Keshavsar Thakur. The theater of Baldev Narayan Thakur gave birth to many artists in collaboration with the help of Ashok Pagal, Ishwar Lal, Raj Priya, Gulshan Saluja (Sate), Suresh Verma etc. It is a result of this that in the end of 1972 an institution called signature was born. This was the first presentation of the institution (September 16, 1973). - Court. The author of this play was Kusheshwar Thakur and director Ishwar Lal Rajyar. The second presentation of the sign was written and starring by Shailendra Agarwal (Baba Babu) - wheat grains. After these two productions, signature became a major theatrical institution of Ranchi. In order to make this institution selfless and active at the initial level, Kusheshwar Thakur, Ishwar Lal Rajdhari, Ashok Pagal Shishir Pandit, Naresh, Vishwanath, Sushil Kumar Marking etc. have been a major contributor.