Water, forest, land - these three things are tribal tribes of Jharkhand. This is their identity. These are the integral part of their life-style and their culture. This gives life to their existence.

These people who are in the lap of nature fulfill their needs only from nature. For centuries the profession has been cultivating. In the fields, paddy, marua, gondali, corn, gangai, urad, gram, jatangi, sariguzha, peanuts and sugarcane are cultivated. Periodically some fruits of the forest and flowers are also made of food items.

Fiesta - Festival is an integral part of human society. Tribal society is also not untouched by them. Festival - festival means worshiping your divine and some special dish.

The discussion of some traditional vegetarian dishes that make up tribal and house houses are as follows: - 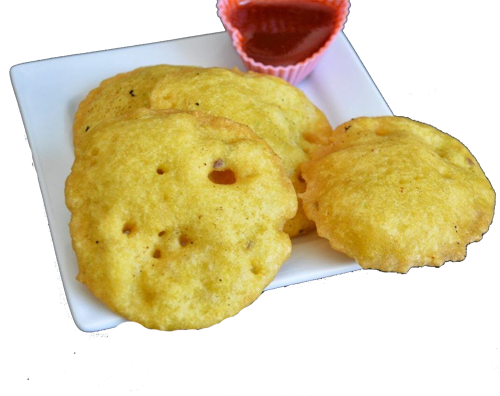 Method of making: 3 Powder Arva Rice and 1 Pour Urd (Wash and Peeled Powder) should be filled in separate utensils throughout the night. Grind in the morning and mix. Grind in the morning and mix. Mix the salt according to the taste according to the taste, put some solution in the hot mustard or sourgus oil in the embroidery or small bowl. Reverse - bruised and cooked. The taste of fumes is very blue in itself. Feet if it is accompanied by a cock, a cough or a spicy vegetable, its taste increases significantly. 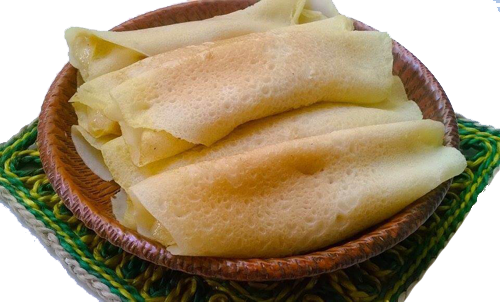 This is prevalent on the name of roti in the tribal region of the country.

Method of preparation: Soak the rice arava rice after soaking, add salt according to the taste and keep slurry slightly slim. Now tip the leafy leaf four times and tip it with a strain. On the stove, slightly oil padded with leaves poured on the pan. Now add a small bowl of solution and spread it on the pan and spread it in the shape of bread by the same bowl. Then put the lid. After a while remove the lid and turn the bread out. You can eat it with a vegetable or meat - fish.

Method of making: Soak 1kg of arava rice and a handful of urad, (peeling off) separately overnight. Grind both in the morning and mix it with salt according to the taste. Heat the Mustard or Sergurja oil in the frying pan and put a double slice of oil in the oil. After a while, holes in the hinds and beech. From this, the share of the middle will be well cooked. Reversed - Recoil.

Method of making: Arava rice one and half-a-two hours after soaking in water. When the water drains out, rinse it in a rubbish or dhinki and prepare the jugular. Heat the water. When the heat is warm, put the cloth in it and keep stirring it till the kettle is ready. Add little salt to the lentils. Now take off the stove. Do not make a few slices in the half of the leaves of Sakhua or Ramdatu leaves. Add little salt to the lentils. Now take off the stove. Spread a little bit of solution in half the leaf of Sakhua or Ramdootun leaves. Turn off the second part of the leaf and tip it off with the bamboo straw. Heat some water in a big mouth pitcher. Put the teeth on top of the water - punish it. Spread some clear bridges over Datawan. Place the paste of leaves on the fold with the solution over the puval. Put the lid on top. When the water is hot, it will become steam and the same vapor will make Rakhi Roti in the leaves. After some time when the bread is cooked, take it out. Taste the bread by removing the leaf. 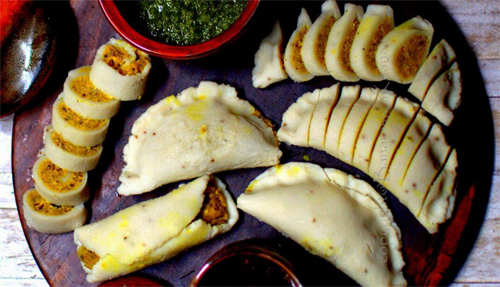 Method of preparation: Take the rice gram of roasted rice in hot water. Get off the stove and give it to the little piece or make it in the bowl of the bowl. Add salt, chilli, curry, garlic, and grind them into a shallow paste. Put it in a jaggery or bowl and close the mouth. Now let it warm water in the big mouth pitcher to cook it in steam. Stretch upwards - put a small dash in the diagonal and keep a little puval or leaf. Put it on top and place it folded. Put the Deccan in the top. After some time, get out of the pitcher. This dish is very tasty to eat. 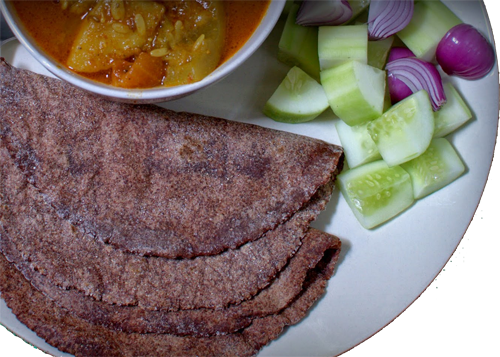 Method of preparation: Clean the madrua and grind it to the public. Add water to gudi and make a thin slurry. Add a little salt and a little mango to taste. Spread some oil in the pan with the leaves of Sakhua. Spread the madrua solution on the pan with a small bowl. Cover it with a lid. Turn it off in a little while.

Madrua roti alone is also delicious, but if it is with vegetable then what is the taste of it? Just keep saying one after the other, after the second, the third and the third, the fourth will also go to work.

Method of preparation: Prepare the donut solution, together with the Madurua gudi, the cold or the suzum water. Mix salt according to taste. Heat the tawa and spread oil with the leaves of Sakhua. Now put a little thick slurry on the madruwa and give it to the bread with finger. Cook it after a while.

Make some roti bread. Take a break in the middle of the coconut and cook it in Okhal, now take the rosary of Mardrua and make a little coconut (powdered) and take it in the oak. Eat out and eat. Latta is also wonderful in taste.